So, with the advent of SUMMER VACATION, I’ve been feeling a bit stressed as I realize: no more day hours in which to dev.

So if I wanna dev – gotta lose more sleep / get up earlier.

Not the sort of thing I find particularly cheery. It also seems in those dismal grey hours, when the only time I can squeeze in any work on the game – these are the exact days that kids seem to intuit my lack of dev time and fill it with early rising, diaper changes, nightmares and sudden needs of sippy cups as if somehow the 12 gallons they drank an hour aqo had zero effect on their thirst.

It was in this dark time that I saw a couple of glimmers of hope:

Come September – BOTH kids will be in school full time, 5 days a week / 6 hours a day. I just need to bear down and get through the summer. I also happened to see this little tidbit on the GDEX Facebook page: (click to enlarge)

And right after that – I saw a mention from the Cleveland Game Co-Op leader that mentioned me and my setup from last year:

I guess things aren’t as dismal as they seem.

Remember that scene in “BIG” where Tom Hanks character is playing the game (as an adult) that he had struggled with since the beginning of the movie? And how he finally beats it and has all sorts of revelations about being a kid in a grownup body? Been feeling like that a lot lately. 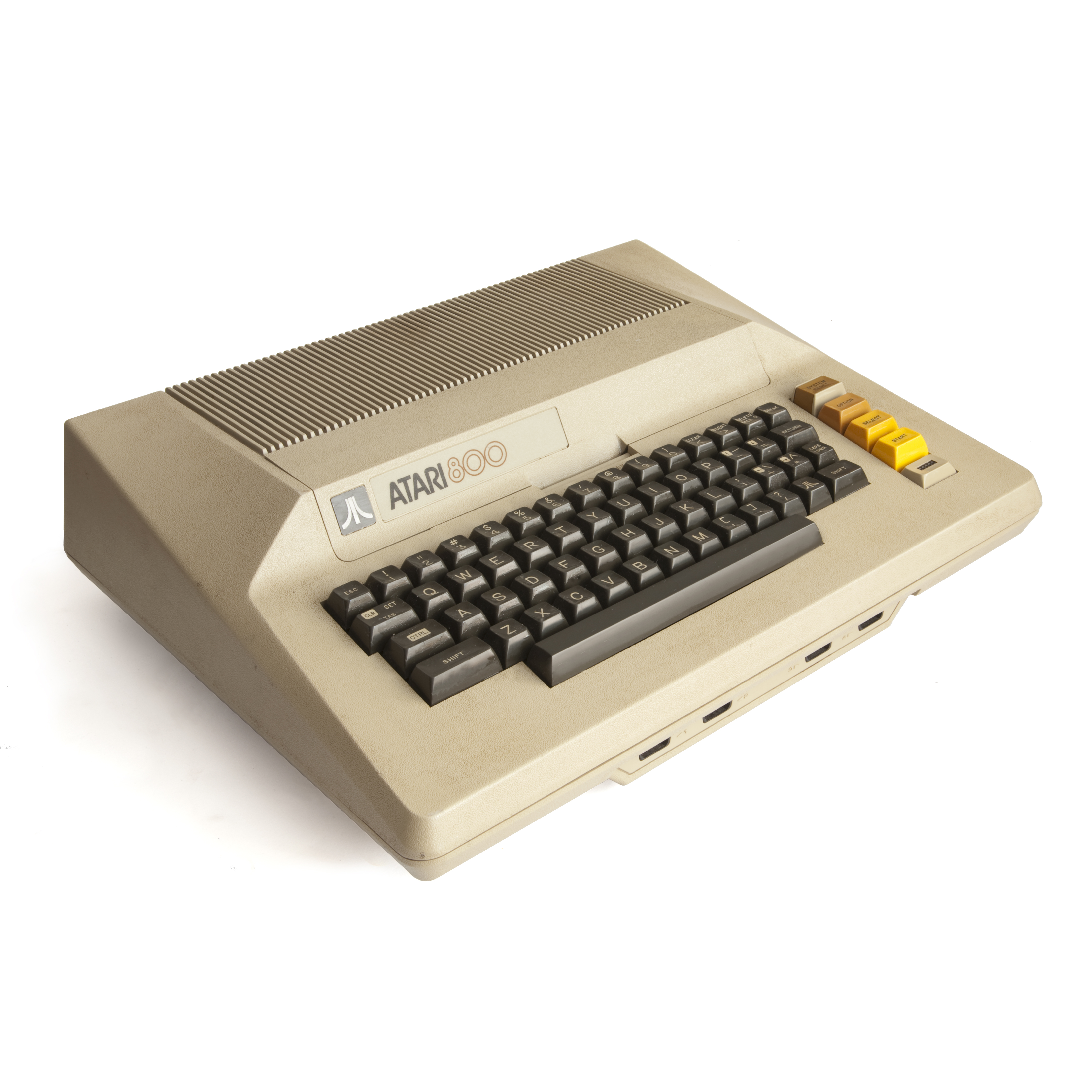 I started being interested in game dev back in 1979, when a buddy of mine got an Atari 800, and eagerly demoed it for us geeky wretches who didn’t have parents rich enough for such toys. What little I knew about computers was relegated to snippets of code I had gleaned from magazines such as:

Which I was eager to show off; and was met with less enthusiasm than one might expect. After being shown all kinds of cool tricks with PEEK and POKE statements, we were shown the latest and greatest games modern computing had to offer (freshly loaded off cassette tape, of course!) And of course I’m blown away by how much better the graphics are over our Atari 2600. I’m completely sucked in by how much better looking everything is – even on a Magnavox 15 inch TV. Sadly the demo was over far too soon, (and I wouldn’t touch a computer again for a couple of years) I raced home and grabbed some grid paper and started drawing sprites in anticipation of my game designing future.

Man, I wish I had those sketches now.

Anyway – the next time I’d seriously delve into anything like that (other than programming a BASIC version of draw in my high school computer lab on a TRS 80 Model III) would be when my dad got a AT&T clone of the IBM PC AT – and a copy of BASIC. I dove into trying to draw stuff on the screen in 320×240 resolution and managed to get some interesting things on screen by using a few calculations and simple plotting of what my math spit out. My dad took my program to his job and showed it off; his boss told me as soon  as I graduated MIT or Cal-Tech, I’d have a job. I had gotten to a point where I couldn’t quite get what I was looking for unless I started using a high & mighty concept called ‘arrays’. The BASIC manual that came with our computer only touched on it, referring me to the all knowing BASIC compendium, which I begged my dad to find, but no one at his job seemed to know anything about.

Well, it’d be another decade before I touched a computer again.

After various jobs, misadventures in Atlantic City and tragic love affairs, I fled the doomed NJ coast for the wilds of NYC and dreams of becoming an artist, starting with attending Parson’s School of Design. And with it, came access to the brand new computer lab, and the Mac & Photoshop. I only got the barest amount of time on the computer, because the entire school (faculty & staff included) wanted time on these wondrous new machines and then my money ran out and I had to (again) put aside my dreams of graphics and games.

It wasn’t until ’97 when I FINALLY got my hands on my own computer: a 66mhz, 40MB hard drive PC clone running Windows 3.1. My good buddy David D. hooked me up with a copies of Photoshop and a 3D modeling  / animation program called Truespace. I dove into both programs and read whatever books I could on both. I found out fairly quickly that Photoshop could easily get me jobs, whereas 3D stuff was a harder nut to crack. I also re-discovered video games and LOVED Quake LAN matches over parallel port connections.

Since I was already making money off of Photoshop and knew the program pretty well, I thought I’d try combining my love of art and games and try to become a truly ‘hand-painted’ texture artist. While I had some mixed successes – I still wanted more and started tinkering with other game engines:

So I played with different things, tried different approaches and it wasn’t until I got my DK2 and picked up Unity that i truly started to find my calling. And it was Playmaker that saved me, because any attempt at coding completely befuddled my right-brained thinking, and having something not work because of a mis-placed semicolon was beyond frustrating.

And now we’ve come full circle – as I contemplate adding random elements in a structured format (like distributing my coins for the money quest) I’m trying to find a way of organizing them in logical sequences. It wasn’t until I started describing my problem on the Playmaker Slack channel that it hit me: I need an array. I FINALLY UNDERSTAND WHAT AN ARRAY IS.

And now I can melt the wizard.